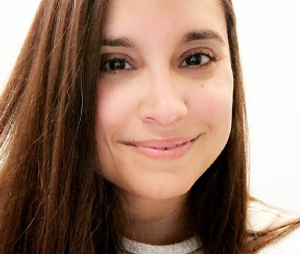 Research has shown that in the US – and across the world – women are waiting longer and longer to have children due to a number of reasons including wanting to save up money in advance to finishing advanced education. But what does this mean on a personal level? For one woman – Stephanie, who is 37 and lives in North Carolina – it meant quickly understanding her fertility and educating herself about her ovulation cycle.

After taking birth control on and off throughout her 20s, Stephanie was diagnosed with polycystic ovarian syndrome (PCOS) in her mid 20s through. During her annual OB-GYN exams, her doctor would often find cysts on her ovaries. To help control the symptoms of her PCOS and stop cysts from forming, Stephanie was put on a low-hormone birth control pill.

While Stephanie and her husband have been together for 15 years, and married for 9, fertility wasn’t a priority for them until April of 2018 when they decided they wanted to have kids. Prior to this, Stephanie had elected to wait as she was completing her bachelors, masters, and then law degree. Entering this process in her mid-30s with little understanding of fertility, Stephanie sought out to educate herself as much as possible to quickly accelerate their time to conception. After she didn’t get pregnant on her first cycle, Stephanie began tracking her basal body temperature but was uncomfortable with sneaking to the bathroom to take the measurement or having her husband know what lengths she was going to behind the scenes to get pregnant.

Through her research, Stephanie came across many temperature-based solutions but quickly discovered the majority weren’t made for women with PCOS. In support groups online, she saw women frequently recommending OvuSense and decided to give it a try in July of 2018. Immediately, the process was easier than when she was self-temping. As someone who had been through years of advanced schooling, Stephanie found confidence in the statistics that OvuSense was able to provide and the methodology behind the device.

“When I started this journey, I swear my husband knew more about ovulating than I did, so there was definitely a learning curve in trying to muddle through all the information available online to find a solution that would work for me,” Stephanie has shared.

In the very first cycle, OvuSense flagged that Stephanie ovulated, but throughout August and September, she noticed her cycles weren’t normal. Knowing her past history with ovulatory issues, Stephanie immediately knew something was wrong and that she wasn’t ovulating but didn’t know why. Stephanie took the charts from OvuSense to the fertility clinic, where they were able to confirm she was not ovulating. Using an ultrasound, they found a large cyst on her left ovary that was preventing her from ovulating and were able to shrink it down over the next two months with birth control.

Arming Yourself with the Right Data

When Stephanie walks into the fertility clinic, they often joke about her temps and her charts, but ultimately the information she was armed with helped quickly diagnose what was interfering with her ovulation – and at 37, those extra months or even weeks are invaluable. In November and December, Stephanie went through two medicated cycles and used the OvuSense temperature information to inform when she should be taking her shots. After a few months of tracking her cycle with OvuSense, Stephanie has had two confirmed conceptions – one of which is her current pregnancy.

Since April, she admits it’s crazy how much she has learned about fertility and her own cycle – and what she has been able to do with the information she now has access to. “As a woman, you should know and have information about yourself. But nobody teaches you this and there’s no way to truly know what is normal for you until you start tracking your own cycle. While it can be frustrating to see that you may not be ovulating for a long time, that’s information you can take to your healthcare provider to figure out why there’s no change.”