The store will not work correctly in the case when cookies are disabled.
Free Shipping and 90-day money back guarantee
Menu
Account

When you are trying to conceive, knowing when you are ovulating increases your chance of getting pregnant.
Our free ovulation calculator is a good way to get started. It will help you work out the date when you should next be trying to conceive. You may not always need a fertility monitor, but if you do, our ovulation calculator will also tell you which is best for your individual circumstances if you are looking to get pregnant and take more control of your fertility. If you need help to answer the questions there's more information below the calculator.

A woman's menstrual cycle and ovulation

Ovulation is the release of an egg from one of the ovaries. Most women are led to believe this usually happens around 14 days after the start of their last period and 14 days before their next menstrual period. However, as stated above for 70% that varies from woman to woman and from one menstrual cycle to the next.

That is why we created this ovulation calculator to help everyone get started with understanding their cycle.

From the data you input, you will instantly receive a full ovulation calendar which includes:

Knowing your most fertile days can increase your chances of getting pregnant significantly.

If your cycle length varies 5 days or more from one cycle to the next, and particularly if you find that cycles rarely have the same number of days, then you have a degree of 'irregular' cycles. Don't worry though, most women can conceive naturally even if they have irregular cycles, they just need a little more help.

When is the Fertile Window?

Your fertile window is governed by two important factors: how long an egg survives when it's released from one of your ovaries, and how long sperm can survive in your body.

An egg survives 24-48 hours after you’ve ovulated, while sperm can survive for up to five days in the body. So you have a fertile window of 6-8 fertile days in each cycle when egg and sperm can successfully meet and you can get pregnant. 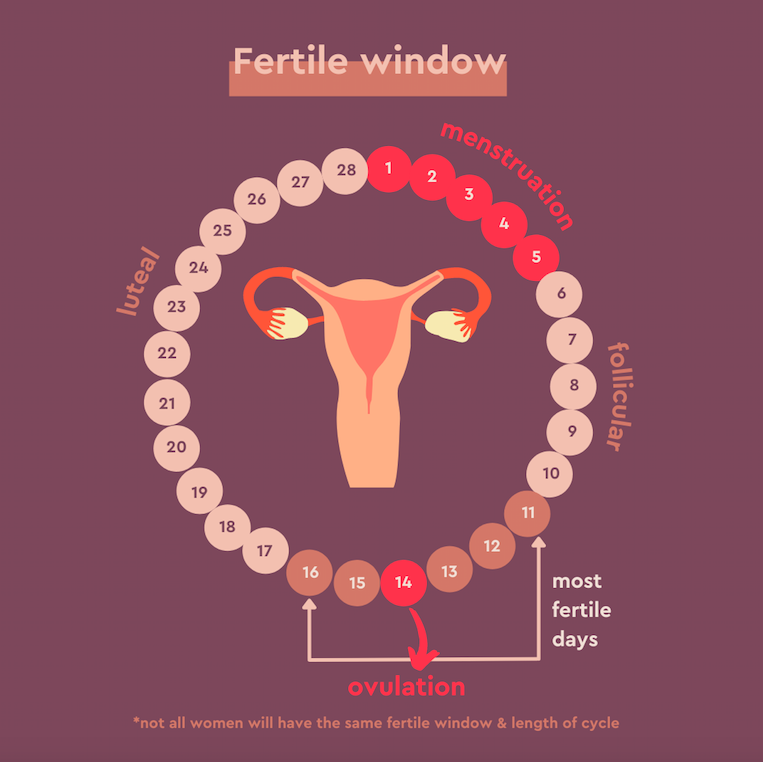 If you’re trying to conceive, an ovulation calculator estimates when you’ll be ovulating very well. However, the fastest way to get pregnant whether you have irregular or regular cycles is to use the OvuSense Realtime Fertility Monitor. Unlike any other device, OvuSense is clinically proven to be able to predict ovulation in realtime using current cycle data AND confirm the exact date you ovulated. With this knowledge, you can plan regular sex during your fertile window safe in the knowledge you’re trying at the right time. Learn more about how OvuSense gives you the best chance of getting pregnant.

[1] The key publication outlining the accuracy and positive predictive value of advance prediction of ovulation was shown at the 2014 ESHRE meeting: Papaioannou S, Delkos D, Pardey J (2014).
[2] The accuracy of ovulation confirmation by OvuSense is based on the data set originally published at the 2013 ASRM meeting as a quality index: Papaioannou S, Aslam M (2013), and developed in [1]
[3] Internal Fertility Focus side by side study of OvuFirst and OvuCore Sensors (2021), documented as a class II medical device in the notified body reviewed CE Certificate Technical File.