It's finally sunk in....I'm pregnant! We were due to start IVF in a few months.

I still can’t quite believe that I’m writing this. It’s finally sunk in.

I know a few of you know the difficulty we’ve had (even just getting me to ovulate!!).  Out of 9 medicated cycles, I’ve only ovulated 4 times!!! And if it wasn’t for my OvuSense, I wouldn’t have known and we’d have blindly continued on assuming the medication was working when it had stopped.

We were due to start IVF in January. Our hospital had wanted us to start a few months ago as I age out in April

? but it had to be delayed due to my other half being a farmer and being a little bit busy!

Anyway, I just wanted to say, don’t give up.

I’ve finally got my BFP. I initially got it Thursday last week (11dpo) but have been waiting to check levels rise etc. I noticed that I had a bit of an increase in temperature so decided to test. It was pale but it was there. There was concern that it may have been residual HCG from my trigger injection which is one reason I have waited as I was only 12 days after my trigger injection.

Lots of baby dust to everyone.  Here are my charts! 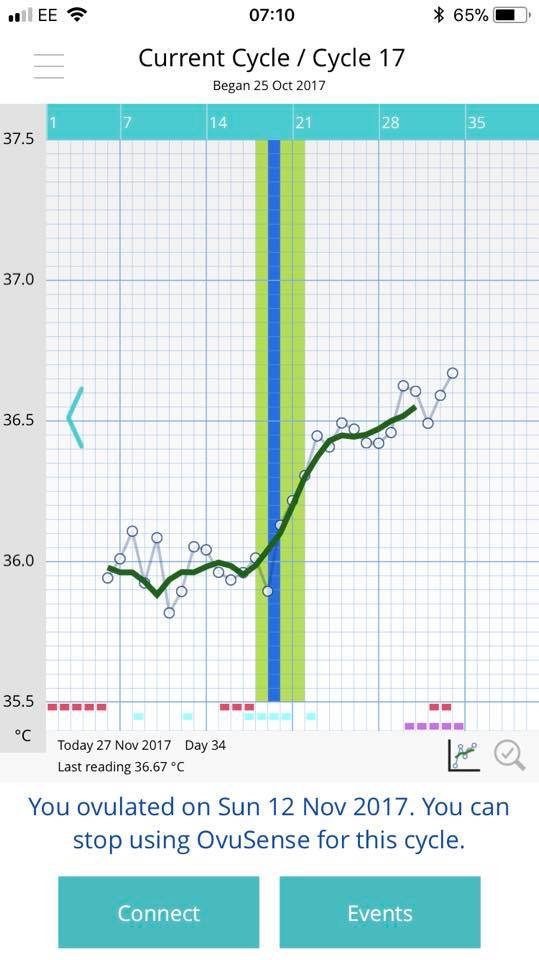