Hi, I'm Miffy and here is my fertility story and journey.

I've be trying for baby no three recently. My first baby was a stillborn (conceived her naturally after 6 months of trying). We then tried for 18 months after that with no success and it was at this point that I found out I had PCOS.

The doctors said that I needed to lose weight and be put on medication. We tried again to conceive and we were successful. My daughter is now 5 years old, after trying for her for 4.5 years. It's not nice being on fertility medication. We wanted to have a third baby, so I underwent ovarian drilling and then lost weight (as my doctor suggested) only to be told that IVF was our only option. We were so upset.

I found out about OvuSense and purchased it. It turns out that through using OvuSense, I found out that I wasn't ovulating at all. This was confirmed also for me by my doctor. However, I didn't give up. I knew that there was so much more that I could try.

I went to see a new doctor and, this time, he didn't just tell me too lose weight! He put me on new medication and I continued to use OvuSense to monitor my cyclces. Pleased to report that the first month after being on the new medication, I ovulated (confirmed by OvuSense) and then again for another 2 months in a row, at different times. Thanks to my OvuSense, I knew what to watch out for in my body and to detect the signs of ovulation. I wouldn't have known that otherwise.

I'm now currently 23 weeks pregnant! I couldn't have done it without OvuSense as I knew exactly what to look out for from using it for so long. I'd studied my cycle and became accustomed to the different peaks, and when I was actually ovulating. It's an amazing product and it taught me so much about my body. 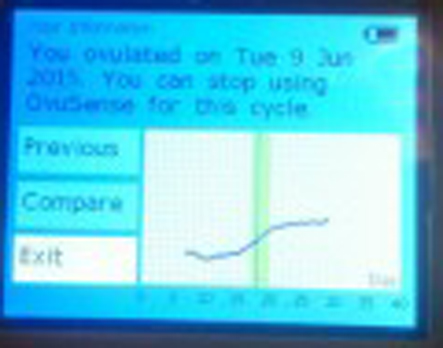 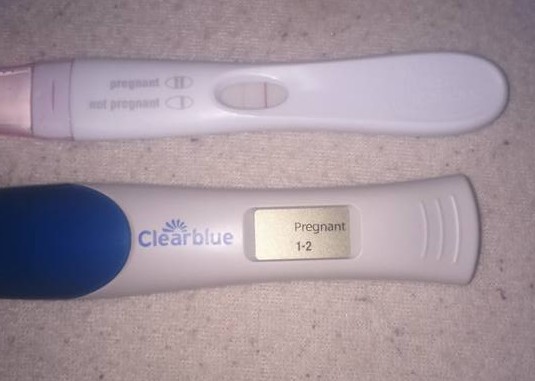 My advice is to not give up and learn about your body and know for sure when you are ovulation and not. Never give up.

Best of luck to everyone. Miffy xx