Cheyenne never thought she would have trouble conceiving, but after six months of trying, she began to worry. With the help of OvuSense, support from her husband, fertility doctors, and keeping the hope, Cheyenne is now 17 weeks pregnant after a year and a half. She can’t wait to start her greatest adventure of motherhood in 2022. Keep reading to hear her story.

The Beginning of a Long Road to Motherhood 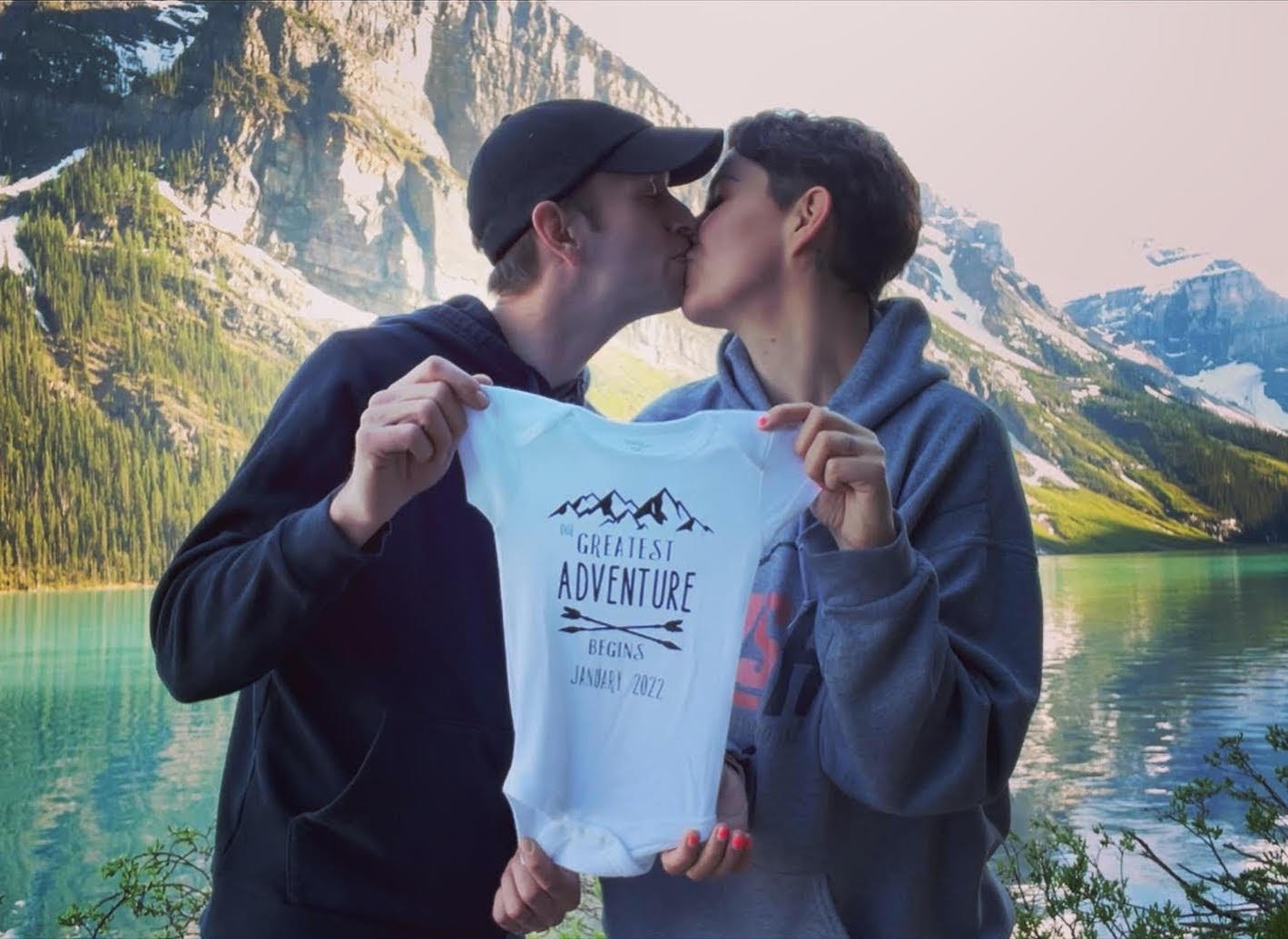 In December of 2019, my husband Michael and I decided we wanted to start trying for a baby. We had a pregnancy “scare” after my period was late and after taking a pregnancy test, which turned out to be negative, we were both incredibly upset, and decided then we wanted to conceive. In January 2020, we officially started trying and I began researching when the best time to try to conceive would be based on my cycle. After Googling around, I decided to download a period tracker app to help better understand my cycle.

Three months in, we decided to take another step and try the ovulation predictor kit (OPK) tests to determine when exactly I was ovulating and the best time to baby dance. Unfortunately, I never received a positive reading and became increasingly discouraged. During this time, I worked to be as healthy as possible by working out, sleeping, and taking vitamins.

Understanding My Body & Empowering Myself with Data

In April 2020, I turned to OvuSense OvuCore for help! After the negative OPK reviews, I had my progesterone checked, and ovulation was confirmed, so I was looking online for alternatives and came across OvuSense. Right away with the help of the device, I learned how to track my cycle, and understand the “pattern” of my chart. On day 10 of my first cycle, I had the “giant dip,” which usually meant I was supposed to ovulate within the next day or two and I did! I ovulated on day 11, which was earlier than I ever had before - I was about to have the baby dance session with my husband that night instead of waiting!

In June 2020, after six months of TTCing, we began to be concerned. When Michael and I started trying, I never questioned not being able to conceive right away. I was used to seeing friends and family announcing their pregnancies on social media with what appeared to be a seamless journey. When you start, you never think you will be that one in eight. To make sure everything was okay, I went for an ultrasound and blood work, while my husband had a semen analysis performed.

Surprisingly, everything came back normal. That’s when we were referred to a fertility clinic for more testing. I did everything during this time to stay busy - decorating my new home, hiking often, and even consistently did acupuncture.

After 11 months of trying, I became pregnant, but it turned out to be a chemical pregnancy and on Thanksgiving Day I lost the baby. The next cycle, we were able to get pregnant again, and were overjoyed about the news. But, when we went for our first ultrasound, we were told the baby had no heartbeat. We were completely shocked.

Still moving forward, I had a Dilation and curettage (D&C) procedure done at 10 weeks in December of 2020, right before Christmas. In January, my period returned and I went for blood work in February, followed by genetic testing in March. We kept on trying month after month with hopes that it would happen. 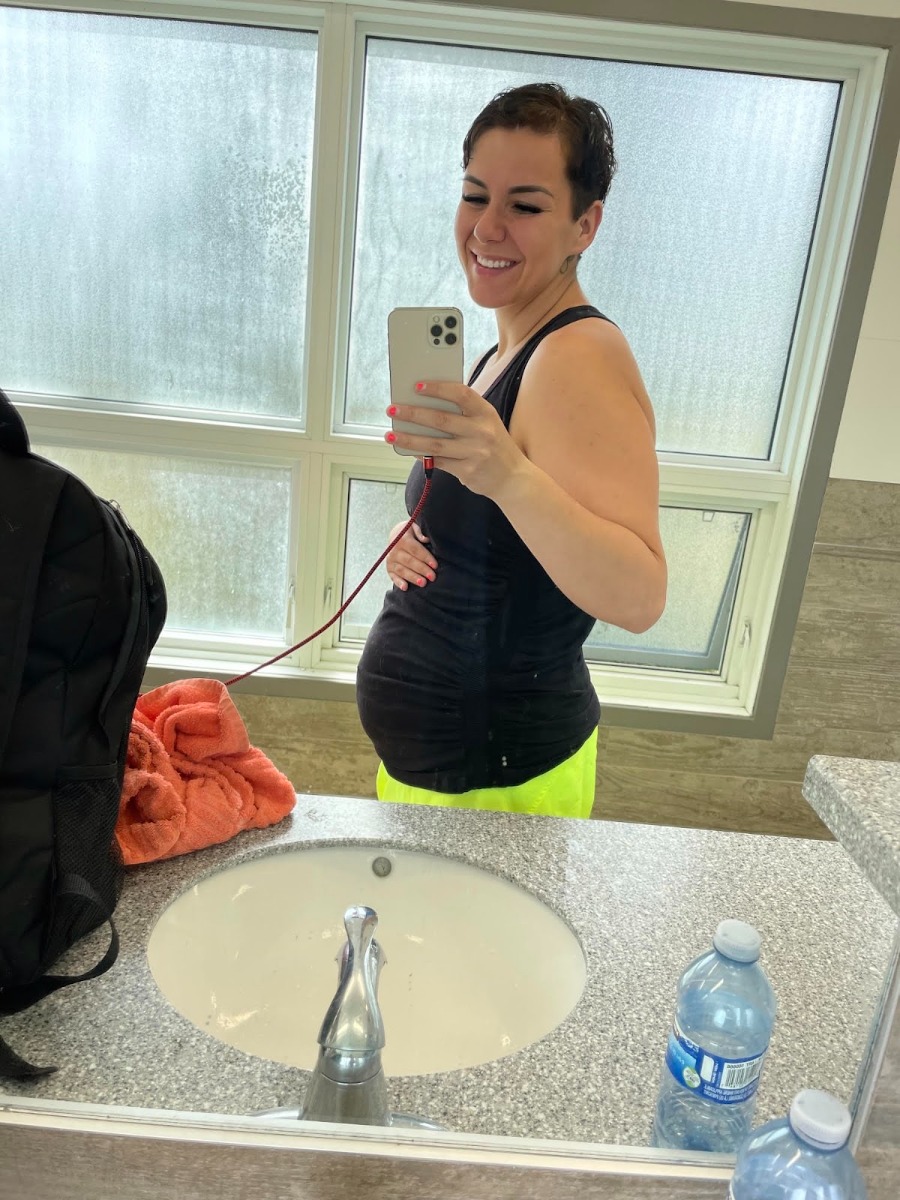 On Mother’s Day 2021 I decided to test because - I don’t know - that’s what all of us TTC folks do, we test on any holiday or occasion hoping we have an exciting thing to tell our spouse! I swore I saw a faint line, so I grabbed the last digital clear blue test I had and decided to test with that (with the same urine) and I got “pregnant 1-2 weeks.” I freaked out, but sadly not in an “excited” way, in a very nervous way. I made Michael breakfast, and I woke him up by placing the pregnancy stick in his hand. This was the first pregnancy I didn’t do some big announcement, I just told him. We were both scared and very anxious after finding out. We found out on May 9th 2021, when I was only 10DPO according to my OvuSense chart.

I left work in tears on Friday May 21st and went to urgent care. I went to the bathroom at work, and my panty liner (I wear a liner because I take progesterone three times daily and it can leak out) was full of blood. I started ugly crying in the bathroom stall. I tried to pull myself together. I had to walk down half of the depot at work with tears rolling down my face to get to the office to talk to the assistant manager. I was trying to choke back tears as I told my manager about what just happened and I asked to leave. They knew about my previous losses as I’ve had to ask for time off, etc. And of course they handled it with ease and told me to go get taken care of. I went to urgent care and they did a urine sample and pelvic exam and said everything looked good, that my cervix was closed and not to worry because my ultrasound was approximately 10 days away. I continued to spot on and off until the day of my ultrasound, which was June 1st.

June 1st I would have been six weeks and one day based off of my last menstrual period, but six weeks and five days based off of my ovulation detected by OvuSense. I ended up being exactly six weeks five days with a heartbeat of 139 beats per minute, and I got to see the little heart beat flutter! Michael wasn’t allowed to come to that ultrasound. I am currently 17 weeks pregnant and could not be more overjoyed. During this journey, I struggled, but in the end it all paid off! I can’t wait for our greatest adventure to begin in January 2022! 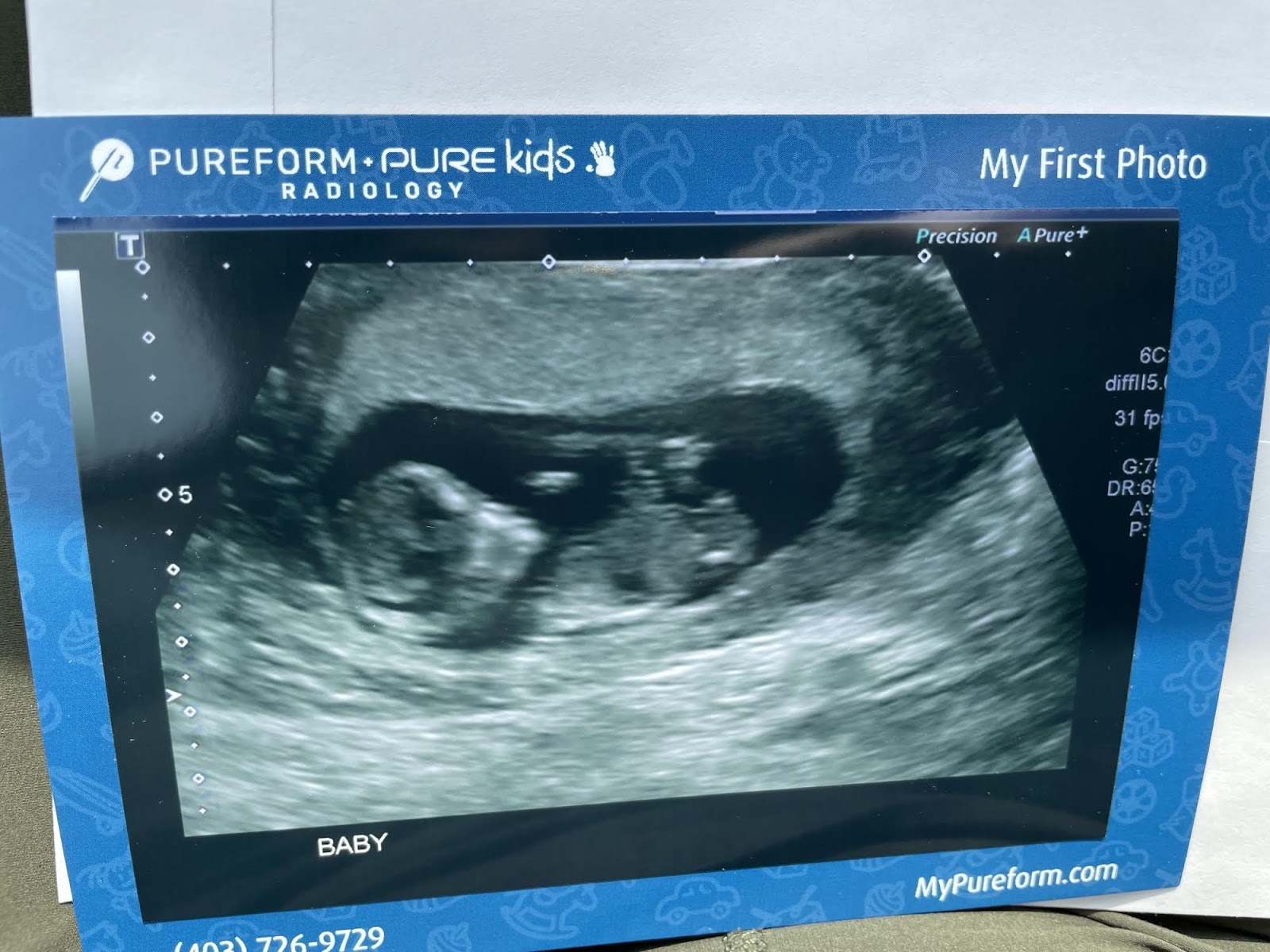 OvuSense’s Role In My Journey

OvuSense customer service and its undivided support has been better than I could have ever asked for. In the beginning, the Facebook group was my best friend, where I could ask the ladies anything, compare charts, and just ask simple user questions. The OvuSense staff has been more than supportive, and has been my biggest cheerleaders throughout this journey.

I even had a consultation with Zermina, one of the OvuSense fertility nurses, and I still follow her incredibly closely. She helped me with my hormones and the do’s and don'ts of trying to conceive. I truly believe OvuSense was the reason behind my baby!