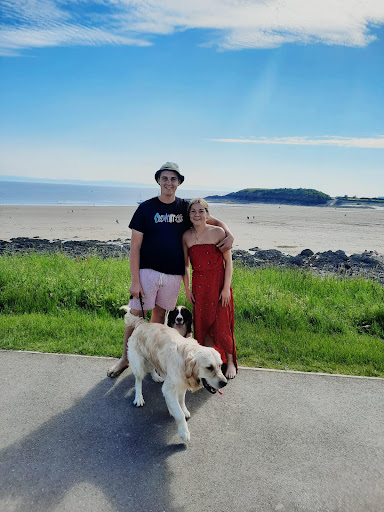 Kay never had any interest in ovulation tracking or sperm testing until she and her partner had been trying unsuccessfully to conceive for a few years. While infertility felt stressful enough to her, she eventually decided to give ovulation tracking a try after looking into OvuSense. Through using OvuSense, Kay has been able to learn about her ovulation, luteal phase, cycle lengths, and so much more.

Kay and her partner also tried using ExSeed, an at-home sperm testing device, in conjunction with OvuSense. They were able to learn about her partner’s sample volume, concentration, motility, and total motile sperm count.

Although Kay has since learned that she will be unable to conceive naturally, she is happy to have this newfound knowledge of her and her partner’s bodies, and has found this information helpful as she and her partner prepare to undergo IVF. Continue reading below to learn more about Kay and her partner’s fertility journey.

The Beginning of Kay’s Fertility Journey

My partner and I started TTC in September of 2018. I’d never really looked into ovulation tracking or at-home sperm tests until I heard about OvuSense. It was actually my brother who told me about OvuSense, as his fiancé had seen a video on YouTube of a lady who conceived after tracking her cycles using OvuSense.

I never ever wanted to get my head around doing ovulation predictor kits or even ovulation tracking, as the stress of infertility was enough for me without having to add more stress on my body by tracking my ovulation so carefully. The thought of having to pee on a stick daily gave me anxiety and having it be so accurate with the results, so I just put it off until I properly looked into OvuSense.

Gaining an Understanding Through OvuSense

Now that I have been using OvuSense, it has given me life. It’s super easy and you don’t have to even think about accuracy or monitoring it yourself, as it does it all for you. It has made me understand my cycles clearer than any period tracking app ever has. I’d only ever used period tracking apps to track my cycle prior to using OvuSense, and it would pinpoint when my fertile window would be. I now know the period apps really only work for women who have ‘regular’ and ‘normal’ cycles. Some would say I am not a ‘normal’ cycle woman. Sometimes my cycles can be as long as 51 days, and they vary massively each cycle, which means tracking ovulation is even harder and the fertile window would be inaccurate each month.

After TTC for over two years, I started to doubt that I was even ovulating, but OvuSense proved me wrong. My first ever cycle with OvuSense began on 13th January and it detected ovulation in that cycle and each cycle after that. When I first got my ovulation confirmation, I was over the moon happy because I could relax knowing that my body does work! It also helped me understand when my Aunt Flo would arrive, because before now, I’d had such late cycles that I almost started to believe I could be pregnant and every time I wasn’t. I’ve never seen a positive pregnancy test, so it would just get my hopes up.

Now, I can pretty much compare my cycles to understand when Aunt Flo is arriving by using OvuSense, without having to take a pregnancy test. This way, I don’t have to see a negative result and feel that heartbreak moment again and again, which is what I used to do prior to OvuSense. I have something called bilateral hydrosalpinx, which I didn’t know I had before starting OvuSense. Although I won’t ever conceive naturally, OvuSense has helped me so much in understanding my ovulation, luteal phase, cycle lengths, and so much more, which I know will be useful for when my partner and I go through IVF. It’s even helped my anxiety with infertility.

After using OvuSense, we were lucky enough to receive an ExSeed at-home sperm testing device (wicked I know). I remember saying to my partner, ‘do you mind doing this at home?’ And he replied ‘I’ll do anything for you’. At that moment I was so excited to try the ExSeed device out and test my partner's sperm. Even though we had already had a sperm analysis done back in 2019, it was still something I wanted to test because sperm can change over time and I just wanted peace of mind on his results, too.

It was super easy to follow the ExSeed app, and the support available on the app is amazing. We struggled at first to get one of the tests to go into the machine, but they talked us through it all and supported us with the results. We were overjoyed with the results as it was so in-depth with the information - the results include sample volume, concentration, motility, and total motile sperm count. We were so impressed by a device giving us these results, and to top it off, the results are stored on the app for future reference.

Looking to the Future with Knowledge and Hope

Using OvuSense together with ExSeed has helped us understand so much more about our chances for IVF. If we could conceive naturally, then it would be amazing to use the two devices in conjunction because you can really pinpoint when the best time to TTC would be. For those who can conceive naturally, I would 100% recommend using both together to get the maximum chance of conceiving.