Testimonial: Nicole Fulfills Dreams of Growing Her Family With OvuSense 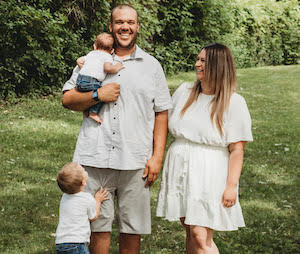 After trying to conceive for over a year, eight rounds of medicatied cycles to trigger ovulation, and a miscarriage, Nicole was overjoyed to become pregnant with her rainbow baby, who she welcomed in July of 2018. However, knowing she wanted a second child, Nicole worried that her infertility would come between her dreams of growing her family.

Following another unsuccessful year of trying and a whole lot of grief, Nicole decided to track her cycles with OvuSense. Shocked to learn she was ovulating, she felt a newfound sense of hope. Unfortunately, the pandemic hit and TTC took a backseat for Nicole and her husband.

By late spring 2020, the couple resumed their efforts to have a second baby while using OvuSense to monitor her ovulation. In just a couple months, they learned they were pregnant. In March 2021, Nicole and her husband welcomed their second child into the world, which they feel wouldn’t have been possible without OvuSense. Continue reading to hear Nicole’s story in her own words:

Struggling to Start a Family 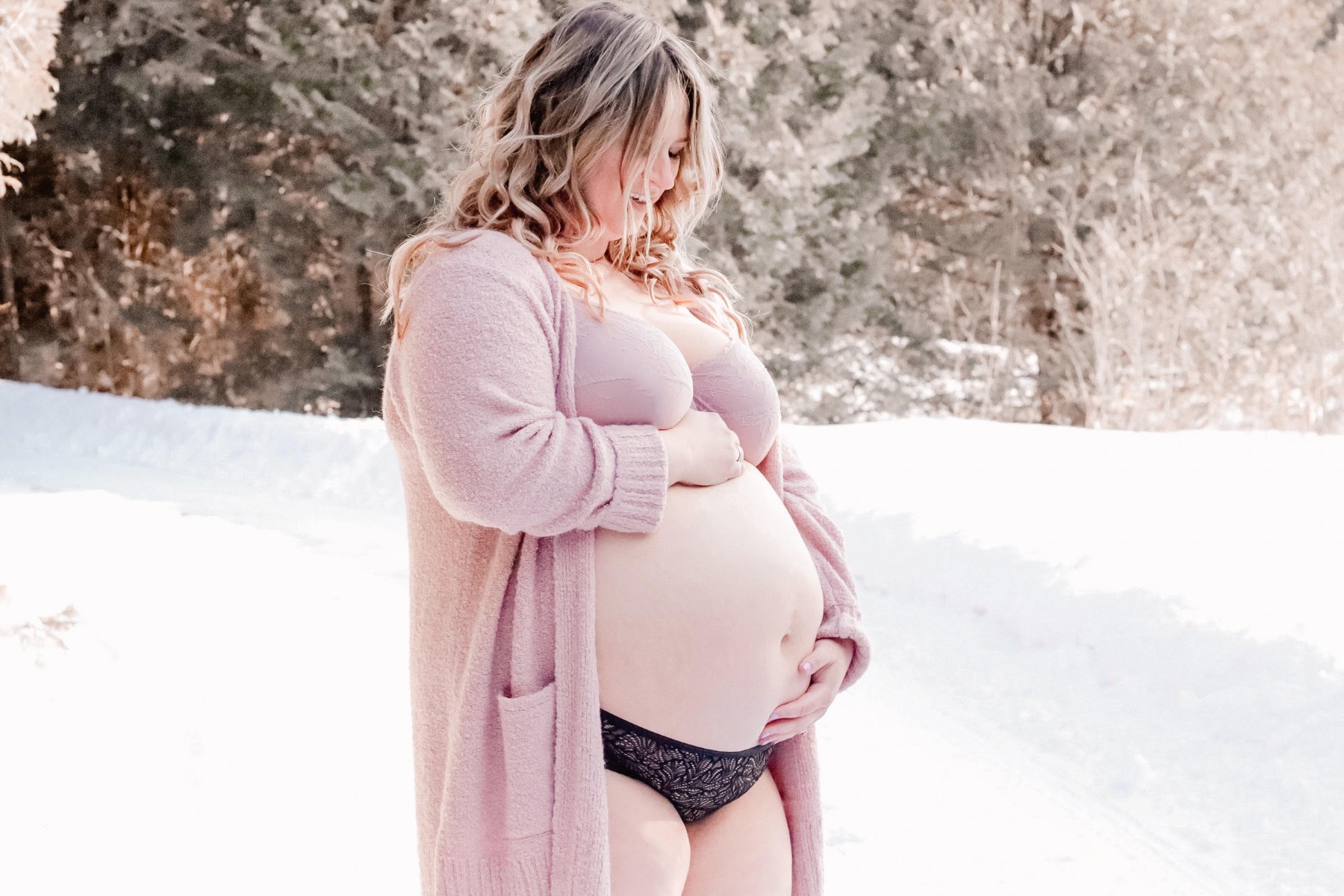 Sometimes I picture my life like a book. There’s joyful chapters and not-so-joyful chapters, but the most distressing one of them all is titled “Infertility.” It’s a chapter I didn’t believe I would ever be able to finish writing.

Conceiving our first baby took us on a 14-month journey that included eight rounds of medicated cycles to conceive because I didn’t ovulate on my own.  We also had a miscarriage during this time at nine weeks gestation that shook me like nothing had ever shook me before.

We finally delivered our rainbow baby named Anderson in July 2018.

We knew we wanted to have another baby, so my obstetrician advised me to start trying again as soon as possible. The months went by, each one bringing with it another wave of grief and another page to add to my chapter.

I was crushed. I look back at photos from this time period and can see the grief written all over my face. I was trying to accept that I would have a hole in my heart forever.

I started using OvuSense OvuCore in November 2019 after seeing that it works for women with irregular cycles. I figured I would give it a shot. I was completely blown away to see that my body was actually ovulating on its own — something I didn’t think was possible for me. I had my hormones tested and they had actually flipped back to functional again, giving me a new title of “subfertile.”

A few months in and the pandemic hit our area. Everything was so unpredictable and scary, so we didn’t put quite as much effort into trying.

Fulfilling Her Dreams of Having a Second Child 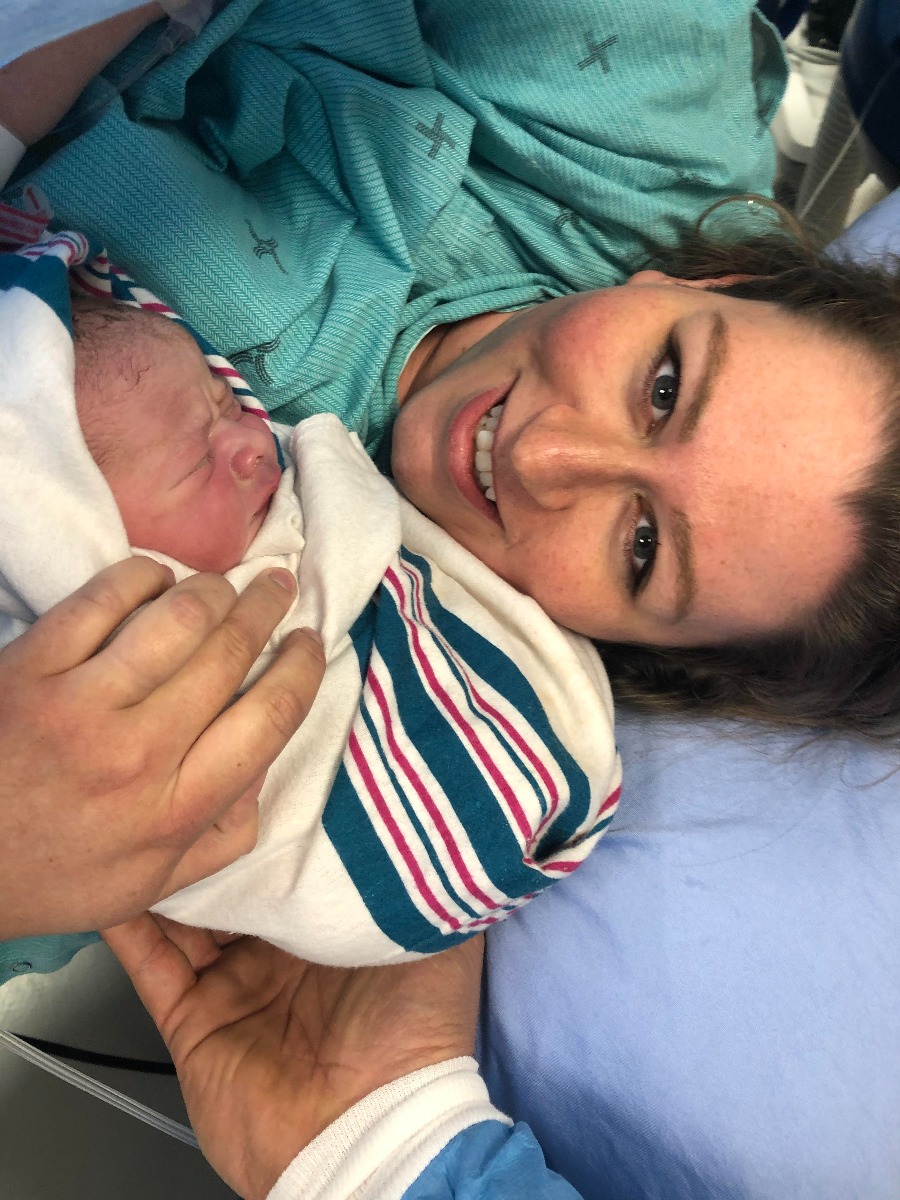 By late spring 2020, the pandemic had calmed down a little and I started using OvuSense again. With the help of OvuSense’s technology, we found out we were pregnant the day after my son’s birthday party in July 2020.

I couldn’t believe it. It was so bizarre to me that I had just managed to conceive the old-fashioned way. We had a few spotting scares in the first trimester, but had a healthy pregnancy overall.

At the end of March 2021 (and at the height of the third wave in our area), we welcomed one final addition to our family, a sweet little boy named Hennessy.

I am so thankful that I am sitting here today writing the end to this chapter, all while rocking my three-month-old in my arms. Now it’s time to start writing a little something called “How To Survive Pandemic Parenting.”