When the COVID-19 pandemic hit, Ziggie and her husband decided they would start trying for a baby. After being unable to conceive after a few months, Ziggie knew something was wrong and she soon found herself diagnosed with PCOS. With the help of OvuSense, and the determination to not give up, Ziggie welcomed her baby girl in the summer of 2021. 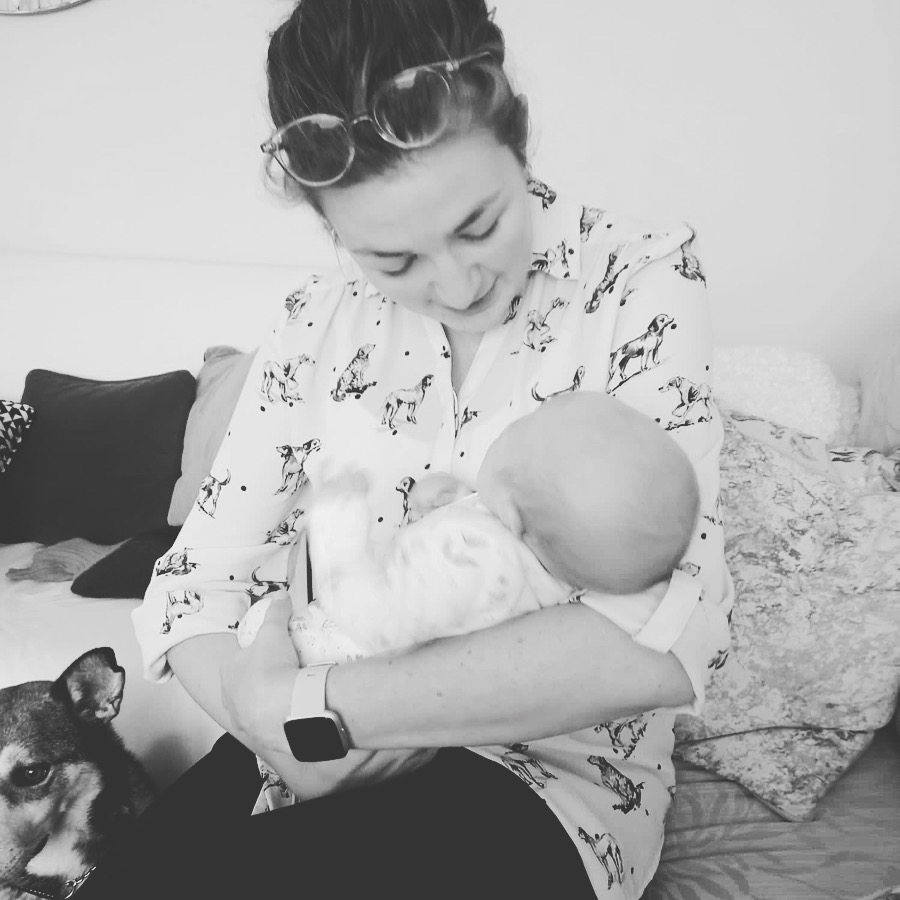 Deciding to Start a Family

In November 2019, I came off of the contraceptive pill after nearly ten years. The plan was to give my body time to adjust and also get a little traveling out of our system before trying for a baby! I started tracking my cycles in an app but didn’t pay much attention to the details as Christmas and the New Year flew by.

Then, March 2020 arrived and so did the pandemic. Unable to travel, we decided that we would start trying for a baby earlier than we planned. The first month came and went without luck and I started to research how to best support the process. I learned more about cycles and fertility than I’d ever been taught at school from just a couple of internet hours… madness!

As month two came and went, I looked back to my app and realized that I had irregular cycles, lasting anywhere from 31-45 days. My period could be anything from 3-14 days, so I still had a degree of regularity, but I knew something wasn’t right. My usually clear skin was constantly broken out, my body hair was growing faster than normal and I felt very down. I initially thought these were side effects of coming off the pill, even though it was months later. I was also looking for signs of ovulation too, yet wasn’t seeing any. That egg white cervical mucus they talk about? Non-existent. Two lines on ovulation strips? Not happening. Then I read about PCOS and thought of the friends I knew who had it. I followed my gut feeling and called my general practitioner, who booked an ultrasound for a few weeks later.

To help, I bought a thermometer to get my daily basal body temperature (BBT). My temperature was fairly consistent and definitely no sustained rise you’re told to expect when ovulating. I worried that my varied sleep schedule might affect things and that I wasn’t getting the right temperatures - perhaps I was missing ovulation, or maybe I wasn’t ovulating at all. My instincts said the latter.

This was when I found OvuSense. It sounded so much easier than taking my morning temperature since I could just wear it, tap it and go. The fact it takes multiple temperatures instead of just the first upon waking made it feel more reliable too. I have to admit, I was a little unsure about the cost, but I reckoned it was a potential investment and worth a try.

It arrived quickly and was simple to use. I started using it partway through a cycle so didn’t see much initially. However, my second cycle was an eye-opener. The jagged, inconsistent line showed what I’d thought - I hadn’t ovulated. If this was the case for all my cycles, we didn’t have a chance of making a baby. On top of this, a couple of weeks later following my ultrasound, I had a PCOS diagnosis.

To my surprise, the doctor was uninterested in providing any help until we hit 12 months of trying, even after another proven anovulatory cycle thanks to OvuSense. The response we received was “keep trying!” I’m pretty sure that’s not how biology works. I went to a private gynecologist who requested two cycles of blood tests proving what OvuSense showed before being able to offer any help. I felt lost - we had only been trying for a few months but I knew my body wasn’t working and there was a real lack of help. So while I waited for my cycles to complete so I could get the blood tests, I took matters into my own hands.

I had already been taking a conception vitamin, but wanting to do more, I researched and took other supplements. I made some dietary changes, went to acupuncture, underwent therapy, introduced more mindfulness, and left a job that wasn’t making me happy. We continued to track my cycles and worked as a couple to support the journey. My husband had tests too. Looking back, now it all sounds very extreme and obsessive - but a lot of these things were fairly simple changes and improved my quality of life regardless. 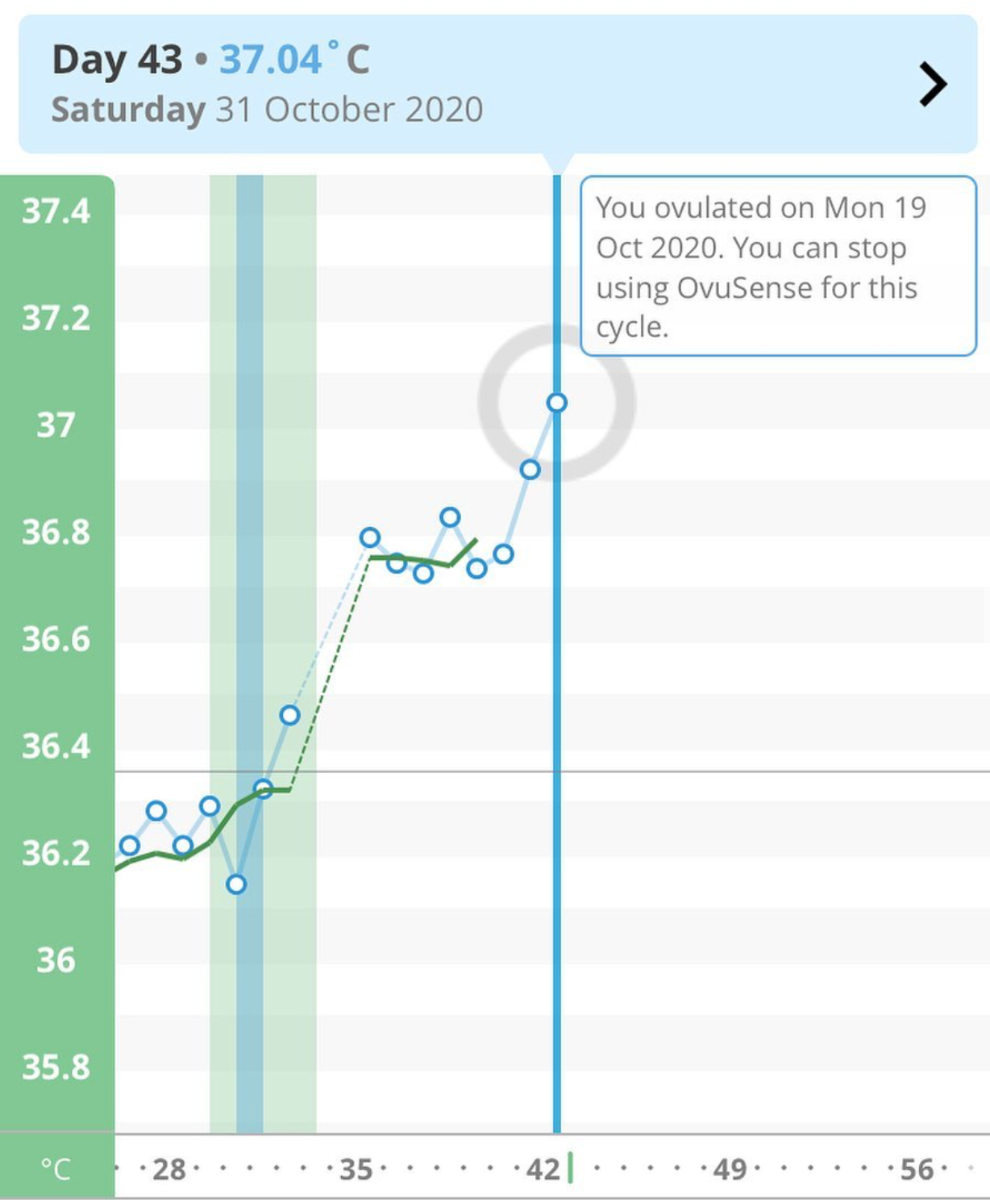 In September, I noticed my OvuSense chart rising. Four days into the rise, I dropped my sensor in the toilet - awful timing! I ordered a new one and luckily only missed a few days of tracking. When the new one picked things up, I was excited to see a sustained rise and for the first time, OvuSense confirmed ovulation! This was day 28 of my cycle. The blood test proved it too - I was buzzing! Since we had given up trying for a few days and missed the window of ovulation, I knew I was not pregnant. However, I panicked that this may have been our chance to conceive.

In the next cycle, day 28 came and went with no rise and no confirmed ovulation. Once again, we gave up on trying any more in that month. My blood test showed I hadn’t ovulated - which I knew already because of OvuSense. However, around day 33, I noticed things starting to rise, and OvuSense confirmed that I was ovulating again! I asked for another blood test to confirm it with the gynecologist. We were pleased - maybe my body was starting to work properly! Once again, we didn’t expect to be pregnant after it being so late in the cycle and the fact we had paused trying around day 28.

A Whirlwind of Emotions

On Friday, October 30, 2020, I went for my blood test in the morning. That evening I had a night to myself and celebrated - I had some sushi, ice cream and I painted my nails. Then I decided to test. We were due out for dinner the next day and I wanted a cocktail so I wanted to confirm I could have one. I felt silly - I knew there wouldn’t be a line. But I did one anyway - it felt like the “responsible thing to do” - I think secretly I was just hopeful, like all previous months! Five minutes later I was in shock. A faint second line had appeared on my dip test. I was convinced it was an error and did another. It showed the same and I started to feel sick - was I actually pregnant?

I didn’t tell my husband. I hid the tests in my bedside drawer and barely slept. I did two more dip tests the next morning - same again. Two that night - same result. I didn’t have a cocktail at dinner and all day had nervous butterflies. On Sunday morning, I did two more dip tests and treated myself to a digital. “Pregnant, 1-2 weeks” came up and I finally told my husband! We were completely in shock. All the lifestyle changes, the tears, the fighting the GP - something had worked. We were pregnant. 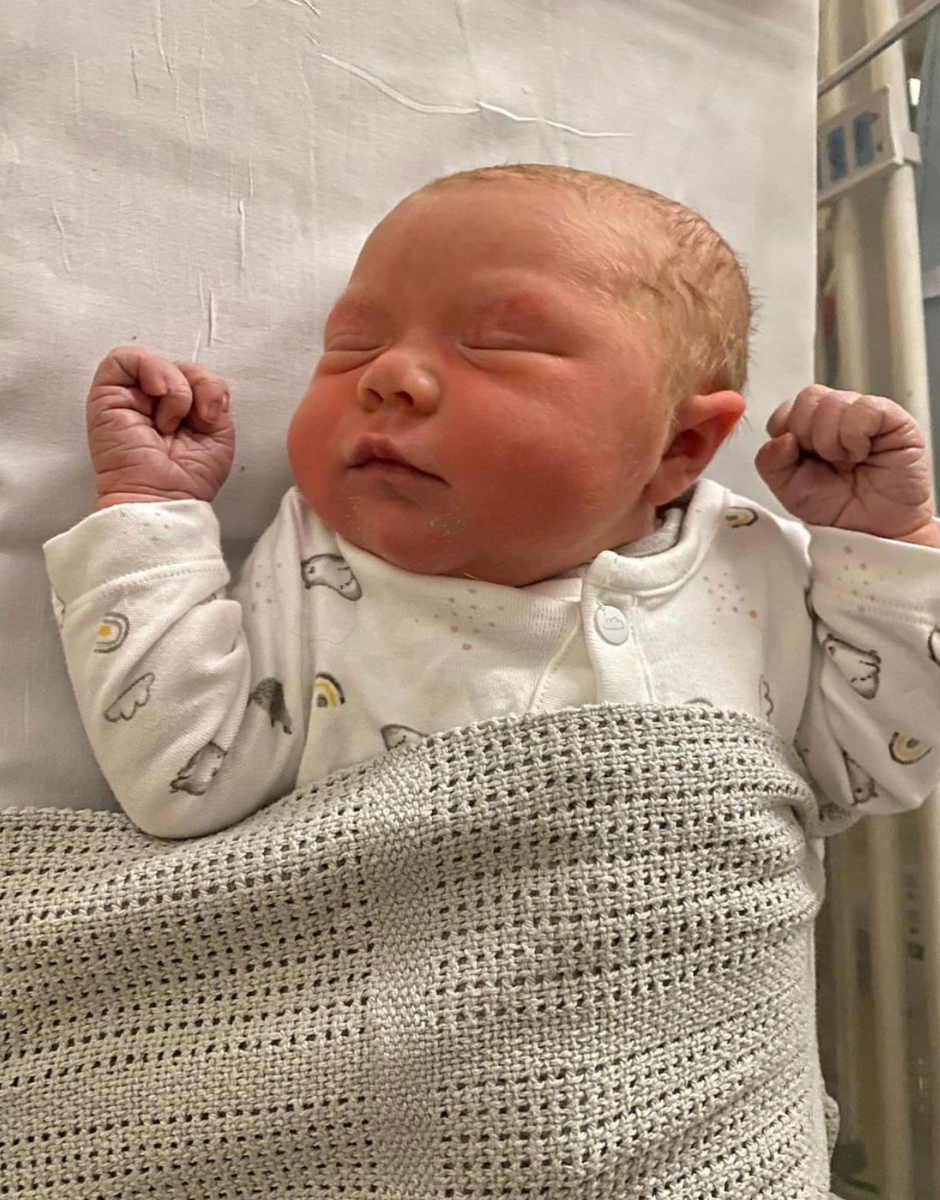 We welcomed all 9lb 2oz of our baby girl this July, two weeks after her due date via emergency cesarean when she was discovered breech after I’d had labor induced and had got to 4cm. Although it wasn’t the birth experience I’d hoped for, I loved it and wouldn’t change a thing.

Our journey to conceive, like our birth, wasn’t what I’d envisioned. Despite trying for less than a year before getting pregnant, it felt like an eternity. Looking back on it though, I can see so many positives and that I learned so much about fertility and my health, which I can pass on to our daughter. OvuSense was instrumental in the process - without it I don’t know if we would have been able to see my cycles so clearly and perhaps we would still be trying now.

To anyone trying to conceive and/or to anyone with PCOS, I hope this is a helpful read and I wish you the absolute best in your journeys. In fact, this was written whilst breastfeeding our one-month-old baby girl, almost a year to that first ovulatory cycle!